As stated before in my posts I very much enjoy reading; both for pleasure and to learn. Due to the latter, heavyweight pedagogues litter my desk, bookcase and floor by my bed. Yet sometimes I feel I can learn just as much looking outwards and away from education’s ripped abdominals of wisdom and conjecture. Over the past couple of weeks I have been reading the wonderful The Score Will Take Care of Itself by the late Bill Walsh (just the very name of this book brings smiles of joy to my face; focus on the process and not the outcome). Walsh was a Hall of Fame American Football head coach and general manager of the San Francisco 49ers and the book captures the musings, ideas and standards of an extraordinary man who helped revolutionise a sport with his approach. 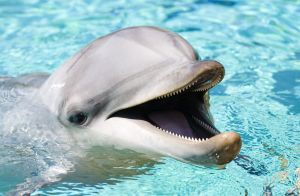 Although the book is more business-orientated than straight biography I really enjoyed the snippets of detail I picked up regarding the sport itself. This is coming from someone whose sum knowledge of “football” is from watching Ace Ventura: Pet Detective and Any Given Sunday. The former film a seminal classic from my youth; and to think if it wasn’t for that pesky Dan Marino holding the ball laces inwards, Ray Finkle would never have kidnapped Snowflake the dolphin in the first place.

In fact I found the sporting history of the book fascinating and will make a more determined effort to understand the game in future. Walsh took a team that many people regarded as not only the worst in the National Football League, but also the worst sporting franchise in North America, and turned them into champions. All within three years of taking over.

Right from his very first day he sought to impose the highest possible “standard of performance”. From the players, to the coaches, to the administrative staff, everyone knew exactly what was expected and how they should go about implementing it. This was not simply offensive game plays or travelling to away fixtures, even the secretaries who answered the phones were fully briefed on exactly how they should carry out their role. Often when I hear someone is concerned about this level of detail it makes me think that their micromanagement might have a negative or diminishing effect. Walsh was worried about this too with a chapter entitled Don’t delay delegating (Famous last words: “I’ll do it myself”). In fact he had a bad experience with a boss who did their best to keep him as an employee, at the extent of communicating to other franchises that Walsh was not particularly good.

The coaching tree diagram above shows the extent of Walsh’s influence and the huge impact he had on American Football. In 1998 half of the 30 coaches in the NFL had worked for either Bill Walsh or fellow Hall of Famer Tom Landry. This is surely a sign that, although he feared his diminishing tendencies, at heart he was a multiplier.

As a teacher I have no real interest in making decisions based on inspection bodies; I lose count of the number of times I have discussed with like-minded individuals this concept. At no point should we be looking to make things right for inspection. Instead time, effort and hard work should be spent finding ways to improve learning, thus allowing students to achieve to higher standards. You don’t need any “OFSTED-whisperer” to tell you that. To me this book exemplified this attitude of high performance for the sake of doing things better and not for just a final outcome. I am not so naïve to think that leadership in schools should pretend inspectorates do not exist or not consider them in their thinking, however, the key is that they do not use them as a focus to direct teaching and learning. An inspection rating “will take care of itself” if everyone is willing to put in time, effort and hard work into reviewing and refining the practice that does work and being open to new ideas and methodologies for the sake of advancing pupil learning.

A few other things I have taken from reading the book:

It is interesting that as I solidify my thoughts on this book more and more I see parallels between being a multiplier and what Bill Walsh ultimately did for the San Francisco 49ers. I would hugely recommend this book to anyone with an interest in leadership philosophies and how to get the most out of people they work with. Steve Jamison and Bill Walsh have weaved a fascinating insight into top level sports management and coaching; there are lessons here that should be shared beyond sport. Remember: “quick results come slowly”! Next up as part of my sporting reads, when I get the chance, is Legacy about the All Blacks, which came just as highly recommended as The Score Takes Care of Itself.